Commercial-Free Whisperings PureStream AS LOW AS $2.50 Per Month  | Sign Up

What do you do if you're an independent musician who wants to promote your music to radio - but terrestrial radio stations playing your style of music are almost non-existent? If you're solo pianist and composer David Nevue, you start your own radio station. And that's just what he did.

Nevue launched Whisperings: Solo Piano Radio on August 1st, 2003 as a vehicle for promoting his own particular flavor of piano music. In the beginning, he invited a few of his pianist friends to join him on the broadcast. He then sought out other like-minded pianists on independent artist oriented sites like CD Baby. Before long, Nevue stopped looking because submissions for his Whisperings radio broadcast were pouring in from all over the world.

Now, after twenty years "on the air," Whisperings: Solo Piano Radio is home to over 360 talented piano artists and broadcasts to tens of thousands of piano music fans from all over the world every single day.

"When I started this project, I believed the market for solo piano music had never been fully realized," Nevue says, "after all these years, that has borne out to be true."

Solo Piano music is arguably more popular, visible and widespread today than ever before.

"People are enjoying Whisperings Solo Piano Radio at their jobs, in their homes and on the road with their mobile devices," Nevue says. "The music has become, for many, a peaceful soundtrack that helps make the stresses of life feel manageable."

And these folks are not just streaming the music, they are purchasing Whisperings artist's sheet music and playing it at home too.

"The feedback we receive from listeners is amazing and inspiring. The thing about piano music is, almost everyone appreciates it, regardless of age or culture. Everyone loves a good melody, and no instrument inspires quite as much emotion as the piano does when played with skill and grace." 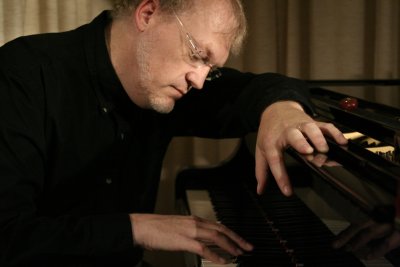 Nevue's plan from the start was that Whisperings would become more than just an Internet radio station. He wanted it to become an interactive community of involved artists that shared resources, advice, encouragement and performance opportunities. That is exactly what happened. Behind the scenes, pianists from all over the world have banded together to help one another.

The most visible evidence of this happens at Whisperings piano concerts, where artists gather to share music and the stories behind their music with eager audiences. Periodically, dozens of Whisperings artists will come together to play multiple concert events over a weekend. For many artists, these events give them a rare opportunity to perform for fans.

"One of the most satisfying things about Whisperings radio," Nevue says, "is that I have been able to create an avenue for other pianists to perform, have their music heard, and through our community, help them realize they are not alone. For many of our artists, Whisperings is one of the few actual radio broadcasts that feature their music. For some, playing a Whisperings concert was the first opportunity they had to perform in a major concert event and in some cases, to meet and share the stage with their own piano heroes."

If you would like to help support Whisperings: Solo Piano Radio, please sign up for Whisperings PureStream, our commercial-fee subscription based stream.

And if you are a solo piano artist interested in submitting your music for consideration, read this.

Also Listen to Whisperings On...